Prof. Yoshio Bando has been leading the communities of nanomaterials and electron microscopy for many years. Holding a PhD degree from Osaka University in 1975, he joined the National Institute for Research in Inorganic Materials (NIRIM) as a researcher in the same year. He was a visiting scientist at the Arizona State University, USA (1979–1981), and in 1992, he became an adjunct professor at the University of Tsukuba until 2003.  He was promoted to be a supervising researcher of Advanced Beam Analysis Station of NIRIM in 1996. In 2001, NIRIM was merged with the National Research Institute for Metals to form the National Institute for Materials Science (NIMS), and he was appointed as Director of the Advanced Beam Analysis Group, followed by being appointed Director-General of International Center for Young Scientist (ICYS), NIMS. He became a NIMS Fellow in 2004 and Deputy-Director General of International Center for Materials Nanoarchitectonics (MANA), one of the five research centers sponsored by Japan's Ministry of Education, Culture, Sports, Science and Technology (MEXT) for the World Premier International Research Center Initiative (WPI) in 2007. From 2008 to March 2017, he was responsible for the operation of MANA with the appointed position of Chief Operating Officer (COO). In addition, he was adjunct professor of University of Tokyo (2009–2012) and guest professor of Waseda University (2008–2015). Since 2017, he is an Executive Advisor of WPI-MANA in NIMS, and a Distinguished Professor at the University of Wollongong, Australia.  In 2018, he was appointed as a Professor, Institute of Molecular Plus, Tianjin University, China.  He is also honorary Professors at University of Queensland, Australia and Wuhan University of Technology, China since 2018.

Prof. Yoshio Bando has received many prestigious awards and honoes, including the “Sacred Treasure” from the Emperor in 2017, the 3rd Thomson Reuters Research Front Award in 2012, the Tsukuba Prize in 2005, Academician, The World Academy of Ceramics in 2004, The Commendation Award by the Minister of State for Science and Technology in 1998, The Academic Award of the Ceramic Society of Japan in 1997, The Seto Award of Electron Microscopy Society of Japan in 1994, and The Science and Technology Accomplishment Award by the Minister of State for Science and Technology in 1994. In 2002, he was chosen as one of the “Top Thirty Key Persons in Nanotechnology” in Japan by the scientific journal, “Nikkei Science”. He was appointed as an adjunct member of the Science Council of Japan in 2006. He is also a Fellow of the American Ceramic Society and the Royal Society of Chemistry. He served as Editor-in-Chief of Journal of Electron Microscopy from 2008–2012, and was Editorial Board Members of “Small”, “Journal of Nanoscience and Nanotechnology”, and others.  He is now an editorial board in “Materials Today Advance”, “Nanotechnology”, “Nano Energy”, “Materials Horizon”, “Journal of Ceramic Science Technology” and others. He is also appointed as General Secretary of Tsukuba Science Academy in 2019. 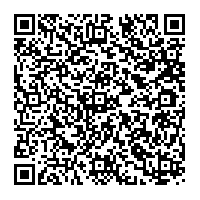