Dr Shady Cosgrove is a novelist and academic, with research interests in prose fiction and narratology. Her most recent novel, What the Ground Can't Hold (Picador Australia, 2013), chronicles the lives of nine people trapped in the Andes after an avalanche. Unbeknownst to them, all of the characters are linked by Argentina's Dirty War. The work explores multiple point of view schemas and themes of hope, survival and forgiveness. Shady's memoir She Played Elvis was published by Allen and Unwin in 2009, after being shortlisted for the Australian Vogel Literary Prize. The work chronicles Shady's pilgrimage across America to Graceland to honour the twenty-fifth anniversary of Elvis Presley's death, and explores the themes of family, loss and belonging. Her short fiction has appeared in Southerly, Antipodes, Overland, Best Australian Short Stories as well as Spineless Wonders publications like Flashing the Square, Small Wonder and Out of Place. She regularly presents at the Australasian Association of Writing Programs annual conference and is a member of academic honour society Phi Betta Kappa. 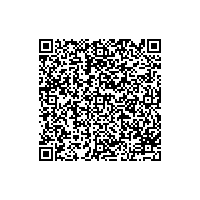