Rodney J. Clarke is a multidisciplnary researcher in organisational and societal systems. He is the Foundation Head of Discipline (Operations) and is Professor of Operation and Systems in the School of Management, Operations and Marketing (SMOM), University of Wollongong (UOW) and also holds the rank of Associate Professor in Information Systems at Karlstad University, Sweden (KAU). He received his Ph.D. in information systems and semiotics from the UOW (2000) and was awarded a higher doctorate known as a Docent in Information Systems (Docent i Informatik) from KAU in 2007 for his work in business processes, hyper systems research, and decision making. Rod is an elected Fellow of the British Computing Society (FBCS), a foundation member serving on the Advisory Board of the AIS Special Interest Group on Pragmatic IS Research (SIGPrag), a member of the Association of Information Systems (AIS) and a member of the Australian Council of Professors and Heads of Information Systems (ACPHIS). He was elected President of the Australasian Association of Information Systems (AAIS) in December 2019.

Rod is an ARC ERA 2018 REC expert reviewer for IS and Business & Management (FoR 0806, 1503) and an ERA 2015 Reviewer for the Faculty of Business (FoR 15 Codes). His career earnings to date are in excess of $4.7 million. Most of this income has been derived from Contract Research and also Competitive Grants (2 x EPSRC, 1 x ARC) projects in Australia, United Kingdom, Hong Kong, Indonesia and Sweden. Two of his notable projects are the MTR Project- a 'Learning Organisations' Initiative, Hong Kong. He leads that project along with Snr Prof. Pascal Perez as Co-Lead. Another high impact project was the PetaJakarta Project, a crowdsourced flood mapping system using social media. He was the Research Leader for the Geo-social Intelligence group. Rodney is also a respected Research Supervisor. He has seen to completion 1 x Post-doc, 8 x PhDs and 2 x MRes and has been twice nominated for the Vice Chancellors Research Award for Excellence in Supervision.

He has been involved in developing research centres and groups at the Faculty of Business. In May 2011, he proposed the creation of the Collaboration Laboratory (Co-Lab) at the SMART Infrastructure Facility to assist it by providing Business and Social Science knowledge to enrich projects as well as supporting existing projects and creating new ones. He had been working with Swedish researchers from CTF (Services Research Center) at Karlstad University, Sweden developing methods to support video ethnography in transport systems and sought to extend this further at SMART. In 2013, Rod headed a team of academics who successfully applied for a Block Infrastructure Grant to develop the Business Research Laboratory, an advanced observational laboratory. He is also a foundation Co-Director of the Centre for Responsible Organisations and Practices (CROP), the largest research centre in the Faculty.

He holds or has held a variety of significant administrative positions at the University and Faculty levels. At the University level this includes being a representative of the Technology Transfer Office (TTO) Committee (since 2018) and the High Performance Computing (HPC) Steering Committee (since 2016). Previous University-level positions have included being the elected Faculty representative of Academic Senate (2007-2008) and the Thesis Examination Committee (2007). Other significant administrative activities at the University-level have included being involved in the Review of the Information Systems Discipline at UOW (2006), the School Review- SMOM (2018) and the development of the Operations Discipline (2014-) within the Business Faculty, where he serves as the Foundation Head of Discipline. At the Faculty-level, since 2014 he has served on Faculty Research Committee (FRC). He has also been the Business Faculty representative on the Faculty of Law. At the School level, he has served as the Head of Postgraduate Studies for the School (2018-2011) and on two occasions been School Research Director (2010; 2013). 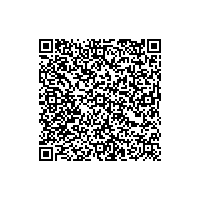