My research includes projects in Philosophy of Science, Philosophy of Cognition and Philosophy of Medicine. In Philosophy of Science, I focus primarily on problems of explanation and modelling in science, and on related questions about emergence, reduction, and other inter-theoretic relations. These problems arise in physics, chemistry, neuroscience, cognitive science, biology, ecology and many other areas of science. I am particularly interested in the role that scale plays in these problems, and on the frequent need for ‘multi-scale’ models and explanations, involving combinations of perspectives from different spatial and temporal scales.

My work in Philosophy of Cognition also focuses on the significance of scale. Traditional concepts of cognition are often focused on relatively large-scale, complex creatures, such as humans and other mammals. I am interested in ways in which basic features of cognition such as agency and self-preservation might vary with scale, appearing quite differently in cases involving small-scale organisms such as bacteria.

In Philosophy of Medicine, my research focuses on concepts of health and disease. One aspect of this work is aimed at giving a multi-level account of these concepts, exploring how they inter-relate from the molecular level to the social level. Another aspect is concerned with examining the basic concepts of health and disease themselves and their connection with other concepts, such as harm. 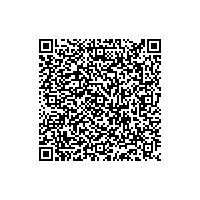