Nan Seuffert joined UOW in 2012 as a Professor of Law and Director of the Legal Intersections Research Centre (LIRC).  She researches and publishes interdisciplinary work in the areas of law and society and law and humanities with a critical theory perspective and a focus on gender, race and sexuality.  She currently teaches Contracts in first year law, Law, Gender Sexuality as an elective, occasionally, Capital Raising and Financial Product Regulation.

Professor Seuffert has been successful in attracting grants from public funders such as the Australian Research Council, the National Bank of Australia, the Social Sciences and Humanities Research Council of Canada, the New Zealand Fund for Science Research and Technology, the Ian Potter Foundation, the JR MacKenzie Foundation (NZ) and the Legal Services Board (NZ).  She has been invited onto large international projects at, eg., Monash and McGill Universities.

As Director of the Legal Intersections Research Centre, and Head of Research in the School of Law, Nan has and has had oversight of an active program of seminars, symposia, visiting scholars and early career researcher and graduate student mentoring and other programs.

Mentoring has been a significant focus for Nan, and she has led international mentoring workshops at the Onati International Institute for the Sociology of Law (funding: Social and Legal Studies) and at UOW.  She received the title Woman of Impact at UOW in 2016 in part in recognition of extensive mentoring contributions at UOW and further afield, including as President of the Australia and New Zealand Law and Society Association.

As a Professor at the University of Waikato in New Zealand, Nan held a number of Faculty and University administrative and management roles, including Acting Dean, Acting Associate Dean, Acting Deputy Dean, Associate Dean Research and Graduate, Director of Graduate Programmes, Director of Undergraduate Programmes and Director of International Relations. She was also one of four Professorial representatives elected by academic staff University-wide to Academic Board. 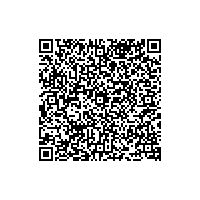