Professor Wagner is Associate Professor at the University of Wollongong. He joined the School of Law in 2018 from Warwick Law School, and has previously worked at the University of Miami. He obtained his law degree in 2002 and a master’s degree in international law in 2005, both from the Faculty of Law at the University of Giessen / Germany. From 2002 to 2005, he worked at the Max Planck Institute for Comparative Public Law and International Law in Heidelberg / Germany, during which time he also served as legal counsel for the Permanent Mission of Germany to the United Nations in New York. In 2006, he graduated from Stanford Law School with an LL.M. degree. Professor Wagner subsequently clerked for then-President of the Supreme Court of Israel, Aharon Barak. Starting in 2007, he worked for the Brussels office of WilmerHale. Professor Wagner currently serves as the Associate Editor for the Journal of World Investment and Trade (JWIT) and sits on the advisory boards of the International Journal of Law in Context and the Göttingen Journal of International Law (GoJIL). 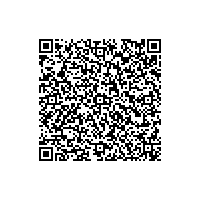