Luis Gómez Romero joined the School of Law at the University of Wollongong in June 2013. He has taught in the areas of jurisprudence, constitutional law, international law, legal research and human rights in several universities in Mexico, Spain, Colombia, Canada and Australia. He is also a member of the Legal Intersections Research Centre.

Luis practiced law in Mexico, where he achieved several years of experience in litigation, consultancy and legal and policy research. He was a high level policy advisor to Mexican President Vicente Fox’s transitional government.

Luis is a member of the ‘consejo asesor’ (advisory board) of Isonomía. Since November 2016, he has frequently contributed to The Conversation on topics concerning Mexico and the relationship between the United States and Latin America. At the time of writing (January 2019), his articles  have been accessed by 620,000 readers and republished by 490 publishers including, for example, SBS, Newsweek, The Huffington Post, UPI, Univision, Salon or the World Economic Forum, among other international media and organizations. 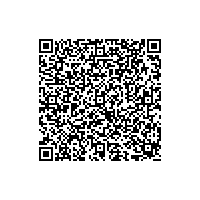