Professor Glenn Salkeld is a health economist with more than 30 years’ experience in public health research and a PhD in the economics of preventive health care. Glenn has a particular interest in screening and diagnostic test evaluation based on the implementation of multi-criteria decision analysis.

In 1987 he was awarded a National Health and Medical Research Council (NHMRC) training fellowship - the first person to receive such an award in the discipline of health economics. Prior to that Glenn graduated from the Australian College of Health Service Executives Graduate program having worked in major teaching hospitals (Westmead, Royal North Shore, St George, the Mater Newcastle and Hornsby hospital).

Today Glenn is one of the most highly cited health economist in the country with over 100 original papers and 6,000 citations (Google Scholar). He commenced his academic career at the University of Sydney, School of Public Health and was one of the founding chief investigators of the NHMRC program grant in screening and diagnostic test evaluation (the STEP program). Receiving more than $25 million over 15 continuous years, Glenn pioneered the application of discrete choice methods and multi criteria decision analysis to cancer screening and treatment choices. He was also a founding co-director of the Surgical Outcomes Research Centre based at the Royal Prince Alfred Hospital. Glenn has been a chief investigator on numerous NHMRC project grants and several ARC discovery grants on topics including pharmaceutical use, the prevention and treatment of osteoarthritis, early detection and treatment of colorectal cancer, prostate cancer, atrial fibrillation and ageing.

His current* h-index is:

Professor Salkeld was a member of the Australian Pharmaceutical Benefits Advisory Committee Economic Subcommittee for six years, has been a consultant to the World Health Organisation (WHO) on the Essential Medicines Program, a Member of the NHMRC Public Health Panel, a Member of the Bowel Cancer Implementation Committee and a Director of the Board of the Sax Institute.

He has also worked extensively for WHO in teaching economics and evidence-based medicine to health professionals in numerous countries including South Africa, India, Iran, Estonia, China and Hungary.

In his current role as Executive Dean of the Arts, Social Sciences and Humanities, Professor Salkeld is committed to the University of Wollongong working to create social change through its Early Start Centre and Schools of the Arts, English and Media, Education, Geography and Sustainable Communities, Health and Society, Humanities and Social Inquiry, Liberal Arts and Psychology. 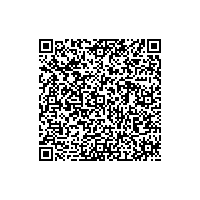