My research interest lies in the design of mechanical and robotic systems to leverage mechanical energy in smart ways. I am particularly interested in those systems that interact with the energy stored in objects by their positions, such as springs, weights, and magnets. To this end, my research has been focused on developing new theories, methods, and techniques for mechanisms, robotics, and machine elements, such as static balancing, parallel robots, reconfigurable mechanisms, decoupled kinematics, and nonlinear and magnetic springs. Applications fields of my past and ongoing research include gravity compensation of robots, rehabilitation devices, assistive technology, surgical robotics, robotic grippers, vibration isolators, mining equipment, energy harvesting, and renewable energy. A long-term goal is to advance the knowledge of mechanical-energy-enabled technology, improving the functionality, sustainability, and affordability of a variety of future mechanical, biomedical, and robotic devices.


I am currently affiliated with the editorial teams of several prestigious journals in mechanisms and robotics including:

I hold several executive positions in international professional societies such as the:

I was the Conference Chair of the 45th ASME Mechanisms and Robotics Conference at IDETC/CIE 2021, the General Chair of the 6th IFToMM International Symposium on Robotics and Mechatronics (ISRM 2019), the Program Chair of the 4th IEEE/IFToMM International Conference on Reconfigurable Mechanisms and Robotics (ReMAR 2018), and the Associate Editors of IEEE ICRA, IROS, and CASE conferences for several times. I was a Specially Appointed Associate Professor at Tokyo Institute of Technology in Japan from June 2017 to September 2017, and held several visiting positions at the University of Minnesota and Johns Hopkins University in the USA, the University of Genoa in Italy, and the Delft University of Technology in The Netherlands. 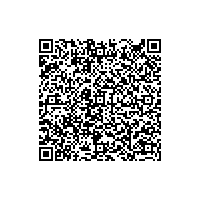