She has published three novels, (Dry Dock, Skin Deep (Harper Collins 1999 and Duffy and Snellgrove, 2002) and The Grave at Thu Le, Picador, 2006), two non-fiction books, (Private Dicks and Feisty Chicks: An Interrogation of Crime Fiction (Curtin University Press, 1996) and a memoir about her friendship with the late Australian poet, AD Hope, The Poet Who Forgot (UWA Press, 2008) She is the editor of the anthology, The Perfume River: Writing from Vietnam (UWA Press, 2010) and co-editor with McNeil and Karaminas of Fashion in Fiction: Text and Clothing in Literature, Film and Television, (Berg UK and USA, May 2009). Her poetry, short stories, essays and reviews have been published in Australia and internationally and produced by BBC Radio 4. Her collection of short stories - Sea Birds crying in the Harbour Dark - was published in September 2017. Liverpool John Moores University is one of the UKs most exciting creative arts universities with key partnerships with the UKs music, drama, literary and artistic organisations.

Catherine has supervised to completion the Doctorates and MAs of more than 25 students including many of Australia’s leading and emerging writers. These have included Anna Funder, Ashley Hay, Charlotte Wood, Adam Aitken, Pip Newling, Tara Mokhtari, Alice Ulgezer, Pam Newton, Caroline Van dePol. At UOW she currently supervises 10 PhDs. In 2017 she was awarded a Vice Chancellors Award for Postgraduate Supervision.

Catherine has twice been a member of the Australian Research Council's Excellence in Research Australia research evaluation committee (ERA) in Humanities and the Creative Arts and has provided expert advice to a range of Australian, UK and other international universities on their research and creative practice activities. She is a regular book reviewer, participant in Australian and international writers' festivals and a judge of major national book awards. She has been a writer in residence in China, France, Vietnam, UK and Australia and a Visiting Fellow at the University of East Anglia.

She was formerly Deputy Dean of the Faculty Creative Arts and has played a senior management role in university governance in each of the universities at which she worked. She previously was Professor of Creative Writing, RMIT University in Melbourne and a Senior Lecturer University of Technology, Sydney and Lecturer, University of UNSW. She has academic relationships with a range of international universities and is regularly invited to review the writing and creative arts programs of universities in Australia and overseas. She also advises tertiary and secondary institutions about teaching and learning in the creative arts.

Prior to her role as an academic, Catherine worked in the field of human rights, advising governments at local, state and federal level on equality and diversity policies. She was a member of the Australian governments Australia Council for Women which prepared Australia's contribution to the UN World Women's Congress in Beijing in 1995. As a trade union official she was a member of the ACTU women's committee, Education and Training Committee and Migrant Workers committee and advised a range of industry training bodies, trade unions and employers about equity and diversity issues.

During the past nine years Catherine has secured $514,000 for research projects and other project activities within creative writing including grants from the Literature Board, Copyright Agency. Foreign Affairs, Australia-China Council, Asialink. 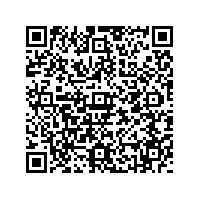