Abdullah has collated teaching experience of more than 4 years both from Malaysia and Australia. He has taught several accounting courses and had the privilege to be in the course review committee at Charles Sturt University.

Abdullah is an award-winning researcher whose interests include corporate governance, corporate social responsibility, and firm performance. He has been awarded the best researcher award for four consecutive years (2015-2018) at the University of Newcastle, Australia for his publications and conference presentations. His work has been nominated for the best conference paper award at the Academy of International Business Annual Meeting, Dubai, in 2017. He was awarded a Highly Commended award by Emerald Publisher in 2018 for one of the journal articles published in 2017. He has presented his research outcomes in internationally recognized conferences and been regularly contributing to ranked academic journals as well as publishers through book chapters. He was invited by New York Legal Assistance Group (NYLAG) to provide an affidavit to resolve a landmark case being heard in the New York Supreme Court in 2016. Abdullah has secured several research grants from various organizations such as World Bank, Michigan State University, Academy of International Business, the Government of the Commonwealth of Australia and Australia New Zealand Academy of Management and other organizations to carry out his research. 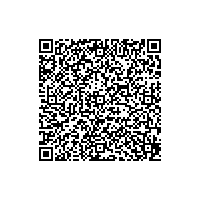